Learning Target: I will evaluate India's decision to partition their country into India and Pakistan so that I can explain the reasons for some conflict between the nations.

Essential Question for Investigation: Was the partition of India a good plan given what people knew at the time? ​ 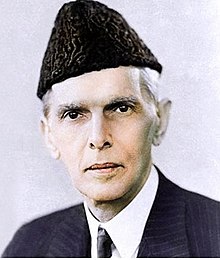 "If the British Government really wants to secure the peace and happiness of the people of this Subcontinent, the only course open to us is to allow Hindus and Muslims separate homelands, by dividing India into “autonomous national States.” It is extremely difficult to appreciate why our Hindu friends fail to understand the real nature of Islam and Hinduism. They are not religions in the strict sense of the word, but are, in fact, different and distinct social orders. It is a dream that the Hindus and Muslims can ever evolve a common nationality. This misconception of one Indian nation has gone far beyond the limits and is the cause of most of our troubles and will lead India to destruction, if we fail to revise our notions in time. The Hindus and the Muslims belong to two different religious philosophies, social customs, and literature. They neither intermarry, nor inter-dine together, and indeed they belong to two different civilizations, which are based mainly on conflicting ideas and conceptions. To yoke together two such nations under a single State, one as a numerical minority and the other as a majority, must lead to growing discontent and the final destruction of the government of such a State. Muslim India cannot accept any Constitution that will lead to a Hindu majority Government. The Muslims are a nation according to any definition of a nation, and they must have their homelands, their territory and their State. We wish to live in peace and harmony with our neighbors as a free and independent people."

1) (Sourcing) Who gave this speech and who was his audience?

​2) (Close reading) Why does Jinnah support the creation of a separate state for Muslims?

Main Idea: Based on this document, was India's Partition a good idea based on what people knew at the time? ​

Document B: Jawaharlal Nehru (Modified)
The passage below is an excerpt from the book The Discovery of India, by Jawaharlal Nehru published in 1946. Nehru was India’s first Prime Minister and a member of India’s Congress during pre-Independence. Nehru was actively involved in India’s Independence Movement, and he wrote the book between 1942-1945 when he was in prison for civil disobedience.

​Any division of India on a religious basis as between Hindus and Muslims, as proposed by the Moslem League today, cannot separate the followers of these two principal religions of India, for they are spread out all over the country. Even if the areas in which each group is in a majority are separated, huge minorities belonging to the other group remain in each area. Other religious groups, like the Sikhs, are split up unfairly against their will and placed in two different states. In giving freedom to separate to one group, other groups are denied that freedom . . . If the economic aspects of separation are considered, it is clear that India as a whole is a strong and more-or-less self-sufficient economic unit. If the division is made so as to separate the predominately Hindu and Muslim areas, the Hindu areas will not be so hard hit. The Muslim areas, on the other hand, will be economically backward. Thus, the odd fact emerges that those who today demand separation will suffer the most from it. The astonishing fact remains that those who propose “Pakistan” or partition have consistently refused to define what they mean or to consider the implications of such a division. They move on the emotional plane only . . . It is difficult to imagine any free state emerging from such turmoil, and if something does emerge, it will be full of contradictions and insoluble problems. ​

1) (Sourcing) Who wrote this document? What do you suppose his purpose was in writing a book about India at this time?

2) (Close reading) What are two reasons the speaker opposes the creation of a separate state for Muslims?

3) (Close reading) What does Nehru mean when he accuses the supporters of a separate Pakistan of moving on the “emotional plane”?

Main Idea: Based on this document, was India's Partition a good idea based on what people knew at the time? 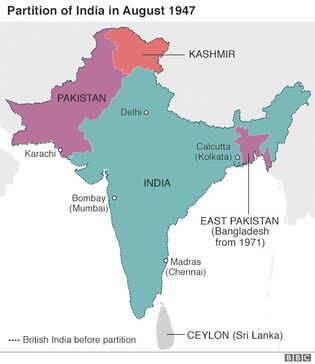 Background Reading
The history of India’s 1947 division is very complex, with centuries-old roots steeped in religious, cultural, and territorial issues. On August 14 of that year, Pakistan won its independence from India, and on August 15, India won its independence from Britain after 350 years of British colonial rule. The British foothold in India began in the 17th century when the British East India Company was founded. However, the Indian Rebellion of 1857 is what ultimately resulted in total British rule in India. As a result of the rebellion, the British Parliament took away the British East India Company’s power and the British crown took charge.
Around the turn of the 20th century, an Indian nationalist movement began developing, when many Indians wanted sovereign control of their nation. During this period, a nonviolent movement also emerged against British colonial rule, founded by Mohandas Gandhi. Ultimately, two factions developed with two different goals: the Indian National Congress, led by Jawaharlal Nehru, (which was not religiously-affiliated but was comprised of mostly Hindus) sought sovereignty for India, while the Muslim League, headed by Muhammad Ali Jinnah, wanted a sovereign Muslim nation. In the end, the partition divided colonial India into India and East and West Pakistan (now Bangladesh and Pakistan). Pakistan became a Muslim state, with Jinnah as its leader, and India, led by Prime Minister Nehru, became a Hindu state.
The partition came during a time of much uncertainty and unrest following the conclusion of World War II. India had previously been economically beneficial for Britain, but in the late 1940s, the country was becoming a fiscal liability. In addition, new leadership in Britain contributed to the decision to release India from British control.
Sir Cyril Radcliffe was the man responsible for the commissions created to develop new country boundaries for India and Pakistan. Ironically, Radcliffe had never been to India until his arrival on July 8, 1947, just over a month before the country was to be officially partitioned. Others involved in creating the new boundaries had little knowledge with which to do so. Many people on both sides of the conflict believed biases were involved in the partition of India.
Historically, the partition represents the largest modern migration of people – estimates range from 10 million to approximately 14.5 million within four years following partition. The partition was also extremely violent. The death toll is estimated to be around one million as a result of riots and other violence perpetrated during the partition.
Tensions between India and Pakistan still exist today. One point of conflict that endures is the region of Kashmir, which borders northern Pakistan and northern India. In 1947, the leader of Kashmir, Hari Singh, was to choose between joining Pakistan or India in the partition, but was unsuccessful. The debate continues today as to the territoriality of Kashmir. 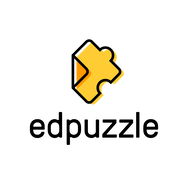 Part Three: EdPuzzle - Partition of India
Please watch the videos linked below and answer the questions for an assessment about the Partition of India.
Why was India Partitioned?
India and Pakistan 70 Years Later
Final Assessment: Exit Ticket
Based on what you now know, was India's Partition a good idea, given what people knew at the time? Give 3 reasons and use examples to back up your claims.